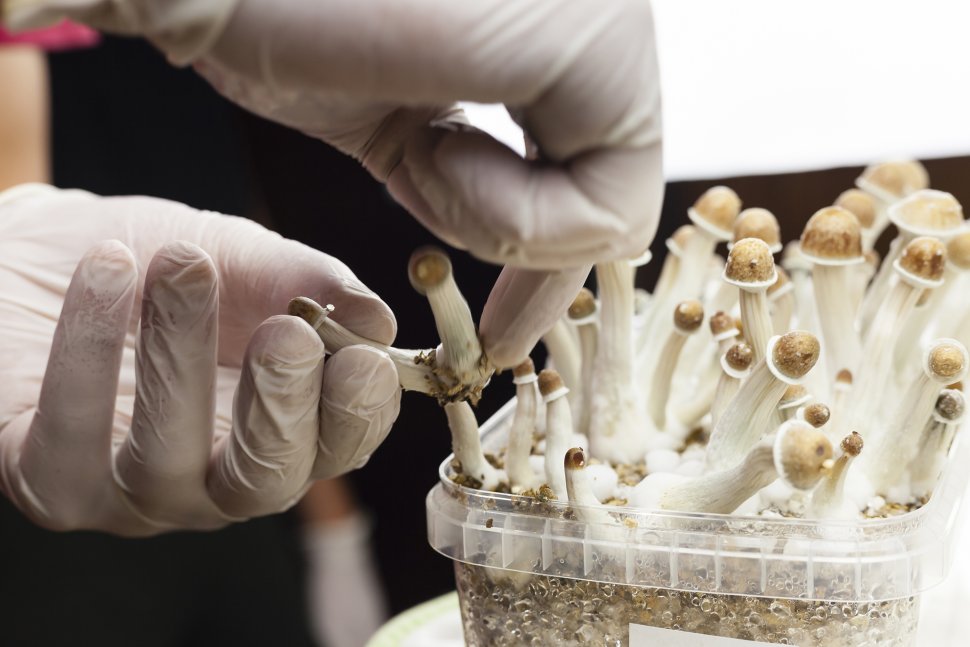 THE NASCENT PSYCHEDELIC industry is booming as several companies have gone public and more are expected to follow this route in 2021 to attract more capital from institutional and retail investors.

The Secret to Investing in IPOs Is Timing

Competition among the dozens of biopharmaceutical companies is fierce. Many are seeking more capital to conduct expensive and lengthy drug trials and develop intellectual property to synthesize the molecules to help treat various mental disorders. The companies that can bring their psychedelic drugs to the market first will emerge from the pack and could likely hit a home run.

"Within the next six to 12 months, we will see an arms race in the psychedelic space as companies try to innovate and get their drugs to trials and to the market," says Jason Spatafora, co-founder of marijuanastocks.com and head trader at truetradinggroup.com. "These psychedelic companies can cut into the multibillion-dollar industry that is completely dominated by pharmaceutical companies."

Atai Life Sciences, a Berlin-based biotech company that is researching both psychedelic and nonpsychedelic compounds, is expected to go public in 2021.

"This will be the most anticipated IPO coming (out) of this space, and I wouldn't be surprised if it performed similarly to Compass or Cybin in the hundreds of millions," he says, referencing two other biotech companies.

The company closed its $125 million Series C financing round in November, including $32 million of its 2020 convertible debt that converted in connection with the Series C. The round was co-led by Apeiron Investment Group, the family office of Atai's founder Christian Angermayer, Peter Thiel and Catalio Capital Management and joined by other existing investors including Future Ventures and Galaxy Investment Partners, as well as new investors including Falcon Edge Capital and Pura Vida Pro.

[ READ: Sign up for stock news with our Invested newsletter. ]

The proceeds will fund preclinical and clinical development of Atai's existing mental health programs, expand its drug candidate pipeline and advance ATAI's technologies. The funding will also help with phase 2 trials focused on arketamine for treatment-resistant depression and ibogaine for opioid use disorder.

In January, the company acquired a majority stake in Recognify Life Sciences, an entity developing a treatment for cognitive impairment associated with schizophrenia. Recognify's lead compound has exhibited an effect on three mechanisms that are central to learning and memory.

A handful of psychedelic biotech companies went public in 2020 to access more capital, allowing them to increase their intellectual property that could be later sold to pharmaceutical companies with millions of dollars of cash on hand to conduct expensive phase 3 clinical trials.

Several biopharmaceutical companies listed their companies in Canada since regulators allowed them to go public. In Canada, psychedelics such as psilocybin, LSD, mescaline and DMT are considered Schedule 3 drugs, unlike in the U.S. The U.S. is also conducting dozens of psychedelic clinical trials.

MindMed (ticker: MMEDF), a New York-based psychedelic medicine biotech company, has raised $183.8 million since May 2019 from Canaccord Genuity, Eight Capital and CIBC Capital Markets to finance its research and development and expand its clinical trial pipeline.

"We are still in the early innings here," said JR Rahn, co-founder and co-CEO of MindMed. "The industry is growing a lot faster and more than anyone anticipated."

MindMed is conducting multiple clinical trials of psychedelic substances. The company began a trial combining MDMA and LSD in January at the University Hospital Basel Liechti Lab in Basel, Switzerland. The combination could increase positive drug effects such as positive mood and empathy and lower the negative emotions and anxiety that are sometimes associated with LSD, the company said.

MindMed began a study evaluating the effects of daytime and evening administration of low doses of LSD on cognitive performance, sleep quality, mood, neuroplasticity markers, emotion and immune system response. The company is also undertaking a commercial phase 2a adult ADHD clinical trial evaluating microdoses of LSD and is in the process of applying to start a phase 2b clinical trial evaluating LSD assisted therapy for anxiety disorders.

Compass Pathways (CMPS), a U.K.-based startup working on a formulation of psilocybin to help people with treatment-resistant depression, went public in 2020. The company is working on a phase 2b clinical trial of COMP360 psilocybin therapy and reported it had cash of $196.5 million as of Sept. 30, which should fund operations into 2023.

The company raised nearly 90 million Canadian dollars from its seed, Series A, Series B and other financing rounds that will be used to fund clinical trials and its mergers and acquisitions strategy, Drysdale says, adding that psychedelic companies need to have a strong science team, intellectual property and balance sheet.

The company has a provisional patent application for an oral film delivery mechanism covering all psychedelic molecules – this mechanism is expected to have a similar bio-efficacy to oral capsules but at a reduced dosage and cost. Cybin also has a patent application for a delivery technology covering various chemically synthesized psychedelic molecules. Drysdale says the company has a total of 10 patent filings and continues to expand its discovery pipeline.

[ READ: Why Investing in Psychedelic Medicine Could Be Better Than Cannabis. ]

Mindset Pharma (MSET) is a Canadian Securities Exchange-listed drug discovery company that focuses on psychedelic-inspired compounds aimed at treating neuropsychiatric disorders and has started to gain the investing public's attention since its recent IPO.

The company has synthesized more than 50 compounds with positive preclinical data, leading it to file multiple patents around its novel chemical structures and processes.

"We believe that Mindset is undervalued based on a comparative analysis of other publicly traded drug discovery psychedelic companies and feel that the recent investment by the Ontario Brain Institute is a vote of confidence in the management team and a further validation of the company's recent progress," says Aaron Raub, senior equity analyst at Ambria Capital. "Investors are still at an early stage of discovering Mindset, and we feel it is an opportune time for growth-focused investors to take a deeper dive."

Vancouver-based Numinus Wellness (NUMI) is the first public company in Canada to receive a license to produce and extract psilocybin from mushrooms. It also has a dealer's license from Health Canada to import, export, possess, test and distribute MDMA, psilocybin, psilocin, DMT and mescaline. The company researches and develops proprietary, standardized extraction methods, which involves testing methods and product formulations for research and development partnerships.

Numinus is an undervalued company since management has made key strategic steps that investors should take note of in 2021 as it continues building out its ecosystem of psychedelic-assisted psychotherapies, Raub says.

"Investors responded quite bullishly after the company's recent announcement of a ground-breaking collaboration with the highly respected nonprofit research and educational organization MAPS (Multidisciplinary Association for Psychedelic Studies)," he says.

This clinical trial, if approved, would aim to deliver MDMA-assisted psychotherapy for people with post-traumatic stress disorder.

"Additional treatment options for PTSD are becoming more imperative by the day in a pandemic-stricken society," he says. "Institutional investors are taking note of all the recent progress as evidenced by its $17 million capital raise in December 2020 that provides the company with working capital and ability to look for (growth) acquisitions."