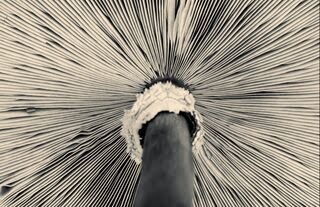 The Emerging Revival of Psychedelics in Neuroscience

There’s a common saying that goes, “Everything old is new again.” Does this pithy maxim apply to psychedelics? Psychedelic drugs, also known as hallucinogens or psychotomimetic drugs, may be in the early stages of a neuroscience renaissance in the form of legal medication since its research heyday in the 1950s and early 1960s. On Monday, Culver-City-based Kernel, a brain-computer interface (BCI) pioneer, announced a partnership with Toronto-based biotech Cybin to apply Kernel’s Flow for real-time quantification of brain activity to conduct research on psychedelics for treatment of mental health disorders.

“The ability to collect quantitative data from our sponsored drug development programs with Kernel’s Flow is potentially game-changing in terms of our ability to measure where psychedelics work in the brain in real-time, and how we ultimately design our future therapeutics,” stated Doug Drysdale, CEO of Cybin, in a statement released on Monday.

In 2016, visionary entrepreneur, venture capitalist (OS Fund), and author Bryan Johnson founded Kernel with his own investment and is the current CEO. Johnson also founded Braintree, which acquired Venmo in 2012, and was later sold for USD 800 million in 2013 to PayPal Holdings, Inc., which was then a wholly owned subsidiary of eBay.

Psychedelics are an emerging area of treatment for a wide range of disorders such as major depressive disorder (MDD), post-traumatic stress disorder (PTSD), narcolepsy, treatment-resistant depression, and more mental health issues. The Cybin partnership with Kernel is just one example.

Last week, the Icahn School of Medicine at Mount Sinai in New York announced the launch of its Center for Psychedelic Psychotherapy and Trauma Research. The Center plans to research psychedelic compounds such as psilocybin and MDMA (ecstasy) in efforts to discover novel therapeutics to help veterans and civilians who are struggling with depression, anxiety, PTSD, and similar stress conditions and mental health disorders.

Last month, psychedelic medicine startup Beckley Psytech raised GBP 14 million in equity funding from Jim Mellon, the British billionaire entrepreneur and founder of the longevity biopharma Juvenescence, Richard Reed, the co-founder of Innocent Drinks, and other investors. Beckley Psytech is researching a psychedelic agent called 5-MeO-DMT (5-methoxy-N,N-dimethyltryptamine) that is structurally similar to other indoleamine hallucinogens like LSD. 5-MeO-DMT is found in nature from a variety of plants such as the calcium tree that is native to the Caribbean and South America, as well as certain species of toads, such as the Sonoran Desert toad, which is also known as the Colorado River Toad (Bufo alvarius).

In the spring of 2019, the U.S. Food and Drug Administration (FDA) approved Spravato (esketamine), a nasal spray by Johnson & Johnson that is a chemical similar to anesthetic ketamine, and used for treatment-resistant major depressive disorder. The fast-acting antidepressant is a glutamate NMDA (N-methyl-D-aspartate) receptor modulator, which are associated with synaptic plasticity.

There is a global need for mental health therapeutics. Over 264 million people globally suffer from depression according to a 2017 Global Health Metrics study that was funded by the Bill & Melinda Gates Foundation and later published in The Lancet. An estimated eight million adult Americans have PTSD during a given year according to the U.S. Department of Veterans Affairs. In 2017, roughly 792 million people worldwide suffer from a mental health disorder according to Our World in Data.